Year Five visit to the Houses of Parliament 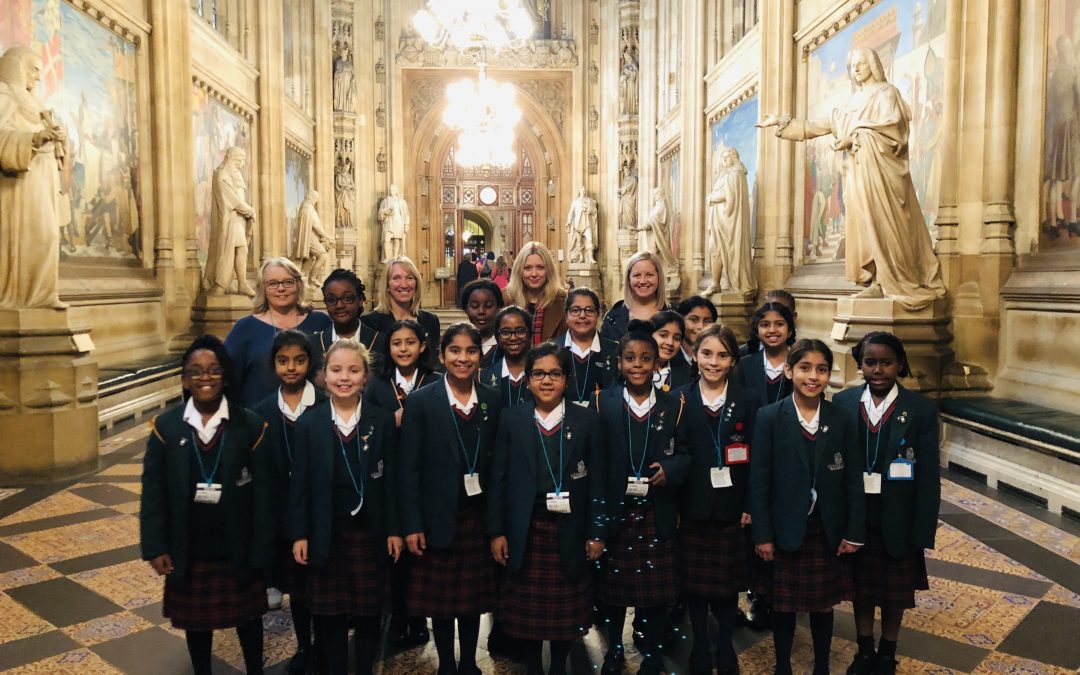 One of the aims in schools is to prepare pupils for ‘life in Britain’. The Department for Education states that schools should do this through their spiritual, moral, social and cultural (SMSC) development that includes promoting the fundamental British values (FBV) of democracy, the rule of law, individual liberty and respect and tolerance. So what better way to do this than to visit the Houses of Parliament and take the girls to see first hand how democracy works.

The tour started with a 15-minute 360-degree high production film taking us through the critical events in the changing history of UK Parliament. We were then able to explore the Palace of Westminster, learning about the work of Parliament today.  Although Parliament is a working building we were able to access different parts of the Palace of Westminster, as part of our tour including: